Each year, Golf Manitoba recognizes the outstanding individual contributions of a long-serving volunteer through its Distinguished Service Award. The criteria for the award is long-time service to Golf Manitoba (including Manitoba Golf Association & Manitoba Ladies’ Golf Association); going above and beyond the expectations of a volunteer; proving to be an advocate for the game and the Association, demonstrated commitment to amateur golf in Manitoba and Northwest Ontario and displaying qualities of a positive role model for other volunteers.

After a combined 52 years of volunteerism to the sport of golf, Golf Manitoba is pleased to recognize Brenda & Dennis Prystayko as this year’s recipients of the Golf Manitoba Distinguished Service Award.

Brenda’s volunteerism in golf began in 1990 with the Manitoba Ladies’ Golf Association where she served as a Board member and a non-playing captain for numerous junior girl’s provincial teams. When the MLGA merged to become Golf Manitoba, she became actively involved with the junior girl’s development teams that competed in the ladies Nassau League, Western Canada and Canada Summer Games and at national level championships. Brenda’s enthusiasm and her involvement directly contributed to the success of the junior girl’s program where many of her past players have continued to play competitively at university and provincial level championships.

Brenda has been an excellent role model for junior girl’s golf in Manitoba and Northwest Ontario where she created an atmosphere that made playing competitive golf fun. The Nassau team alumni speak fondly of their experience and continue to enjoy their relationship with Brenda. Every parent and every junior girl who where fortunate to know Brenda have nothing but nice things to say about her contributions and her genuine interest in wanting to help and grow junior girls golf.

Dennis Prystayko’s volunteerism began in 1998 with the then Manitoba Golf Association and most recently with Golf Manitoba. He has dedicated countless hours assisting with the junior boy’s development program where he acted as a non-playing captain for the junior teams that competed in the Mundie Putter league and at national junior championships. His leadership skills are exceptional, and he has developed an amazing relationship with many junior golfers several of whom have gone on to play college golf, have become top provincial players as well as Club and Touring Professionals. Dennis has shown a genuine interest and dedication in helping to grow the sport of golf during his 22 years of service.

Dennis and Brenda continue to enjoy their passion for golf and are both active, long-time members of the Pine Ridge Golf Club in Winnipeg.

“Golf Manitoba is very fortunate to have received so many years of dedicated service from both Brenda and Dennis Prystayko. They have been fantastic role models for junior golf and have been exceptional ambassadors for the association,” said Golf Manitoba Executive Director Jared Ladobruk. “And on behalf of our association and our volunteers, we are honoured to recognize Brenda and Dennis Prystayko as the Distinguished Service Award recipients for 2020.”

Lou Spado named as the recipient of the Golf Manitoba Distinguished Service ... 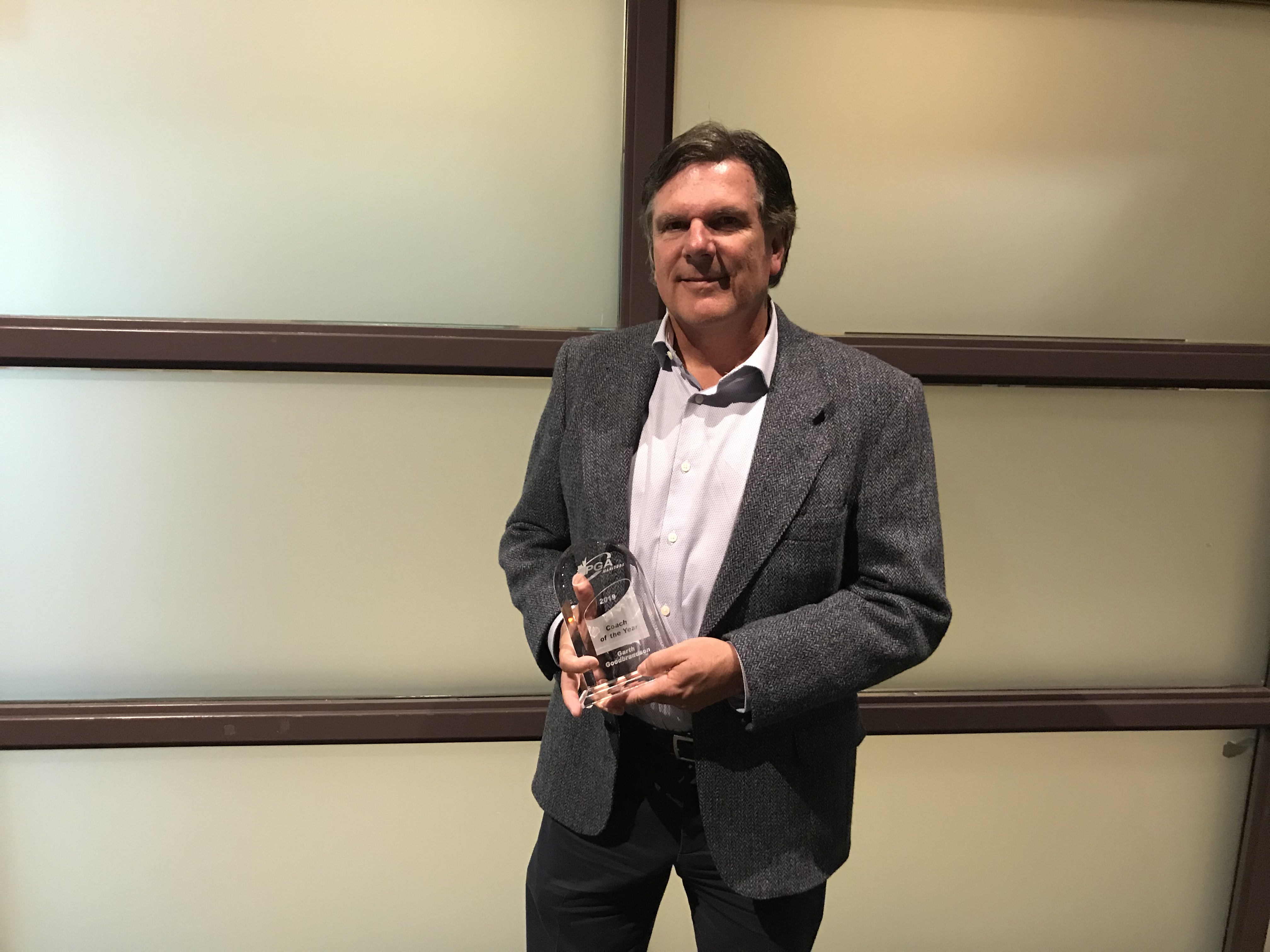 Garth Goodbrandson honoured as PGA of Canada Manitoba Zone Coach of the ...