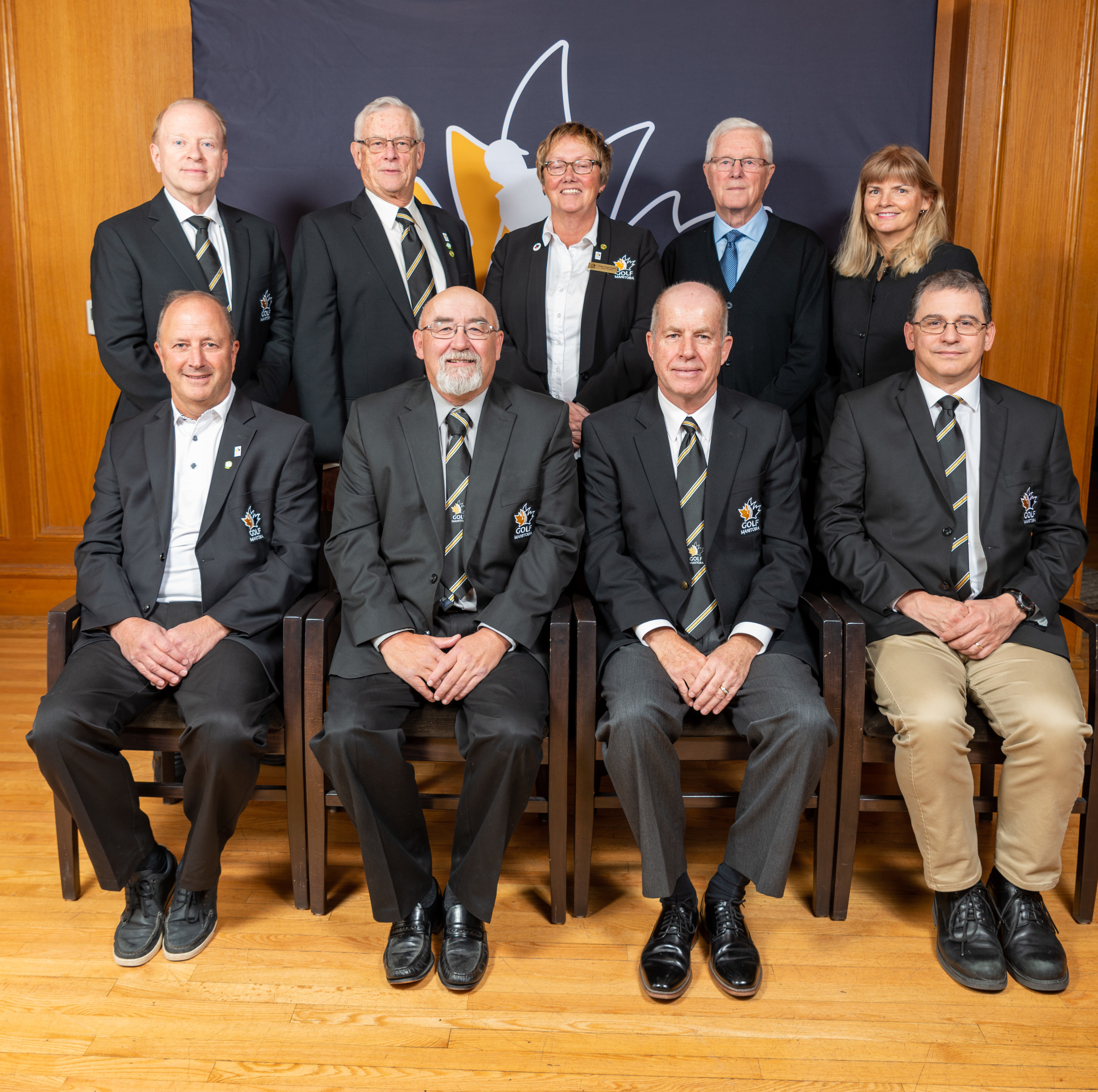 Golf Manitoba is pleased to introduce the 2019/2020 Board of Directors. Five members of the eleven member board were recently re-elected and two new members were elected at the Golf Manitoba Annual General Meeting held on October 23, 2019 at the St. Charles Country Club. The Board includes the following individuals (in alphabetical order):

Michael Berney (Director) has served as a member of the Golf Manitoba Board since 2016 and has been active in the Manitoba golf community since the early 80s. Mike has competed in numerous Golf Manitoba and Golf Canada sanctioned events both regionally and nationally.

Mike has been a member of Transcona Golf Club for over 35 years and has served on their Board of Directors both in the 90s and most recently from 2011 until 2017 in the role of Golf Director. He has extensive experience organizing successful tournaments.

Mike is a life long Manitoban residing in Winnipeg retired from the railroad in 2010 after 37 years of service.

Susan Wright Cassan (Vice-President) has been an active Board member since 2016. She is also on the Tournament Committee and Chair of the Membership Committee. Sue earned her Community Coaching Certificate in the spring of 2018 and has been organizing Golf in School programs in Thunder Bay for the last 4 years. Sue also organizes and runs a mixed fun event with all raised funds supporting the Golf in Schools program.

Some additional golf, volunteer and career highlights include the following:

Michelle Gisiger (Director) joined the Board in the fall of 2019.  Michelle was a former elementary school teacher with the Pembina Trails School Division for 29 years in the areas of physical education, counselling and head teaching. Michelle is a former lacrosse player and represented Canada playing in two world cups. Michelle also has an extensive coaching background with both elementary and high school aged student athletes. She has also coached lacrosse at the provincial junior and senior levels.

James (Jim) Gosman (Director) has served as a Golf Manitoba board director since 2014 and the Rules Chairman for 1 year. He started with GM as a rules official in 2012 and has since obtained a level 4 ranking, officiating, 6-8 golf tournaments each year.  Jim was a teacher for 32 years and has been associated with sport as a player, coach, and referee for over 60 years.  He has coached basketball at the Junior High, High School, and the Provincial Levels and was the coach of a silver medal team at the Canada Games. Jim spent 30 years as a NCCP Theory of Coaching facilitator at all levels receiving the 2014 Community NCCP Coach Development Award from Sport Canada. In addition to officiating golf, he has refereed basketball and volleyball for many years. James has been part of the mission staff for Sport Manitoba at the Manitoba Games, the Western Canada Games, and the Canada Games.  He is a long-time member of the Southwood Golf and Country Club and since retirement has maintained a membership in the EDG (every day golfers) group.

Vince Mariani (Past-President) has been a Golf Manitoba board member since 2011 and has served as Treasurer and Vice-President.  Vince has been a proud member of Elmhurst Golf and Country Club since 1992 and served on the board of directors for several years and as president in 2009 and 2010.  A CPA, CMA, Vince is currently the Secretary-Treasurer and Chief Financial Officer of the River East Transcona School Division.

Craig Martin (Treasurer) is an Assistant Professor of Business and Organizational Administration in the Redekop School of Business at Canadian Mennonite University.  He has a PhD in Agricultural Economics and Business from the University of Guelph and is a CPA, CMA.  He joined the Board of Assiniboine Golf Club in July of 2016.  He became President of the Assiniboine Golf Club in 2017.  He joined the Board of Golf Manitoba in 2017.

Wayne McWhirter (President Elect) has been a Golf Manitoba Board Member since 2015 and is currently the Treasurer and Vice President. He also is the Chair of the Course Rating Committee. Wayne is a member of Southwood Golf and Country Club, and was President of the Club in 2013-2014. As part of his Community involvement, he was Chair of the Manitoba Chambers of Commerce and a Board member of Winnipeg and Canadian Chambers of Commerce. He retired in 2016 as a partner in MNP LLP , a national accounting firm.  He was a recipient of the Queen Elizabeth Diamond Jubilee Medal in 2012.

F. (Bob) Peters (Director) has served as a Golf Manitoba Director since 2017 and was appointed Chair of the Sponsorship Committee this year. Bob is a Partner with the law firm Fillmore Riley LLP. and practices primarily in the area of Regulatory Law and Administrative Law representing clients in the relationship between government and its citizens. Bob has, throughout his advocacy practice, appeared before the Supreme Court of Canada, the Manitoba Court of Appeal, the Federal Court of Appeal, the Court of Queen’s Bench, the Public Utilities Board, Canadian Radio-television Telecommunications Commission, and numerous other Administrative Tribunals. Bob is involved with golf through St. Charles Country Club where he was a member of the committee that brought Brooke Henderson to Winnipeg in July 2018 in support of junior golf in Manitoba.

Fred Smith (Director) joined the Board in the fall of 2019. Fred spent 30 years in the public education system where he spent 15 years as a teacher in early years and post-secondary studies, 15 years as a school administrator and 17 years in private consulting.

In the 1970’s, while teaching at the Kelvin High School, Fred initiated, organized and supervised the first Winnipeg School Division Annual High School Golf Championship with 10 schools competing. This event has since grown annually to include all high schools in the Greater Winnipeg area.

Fred currently is a member at the Wildewood Golf Club in Winnipeg.

Kathy Turner (Director) – retired Assistant Commissioner Canada Revenue Agency. Kathy’s working background is in accounting, finance, information technology and tax policy and she has significant senior management experience. She has board and volunteer experience in golf at the club level and with the former CLGA.  Kathy also has board experience with charitable organizations such as the United Way and Citizen’s Advocacy of Ottawa (an organization that works with adults with disabilities).  Kathy was a founding director of Camelot Golf and Country Club.

Ken Warwick (President) has served as a Golf Manitoba Board member since 2014. Has represented Manitoba Golf on many occasions at the National level. Member of Niakwa Country Club since 1986 and has been on the Social and Competition Committee for 10 years. Greens Committee for many years before that. Current Captain of the Senior Putter Golf Team and Past Captain of the Mundie Putter Team. A Licensed Realtor since 1988 and has been with Century 21 Bachman & Associates since 1993. 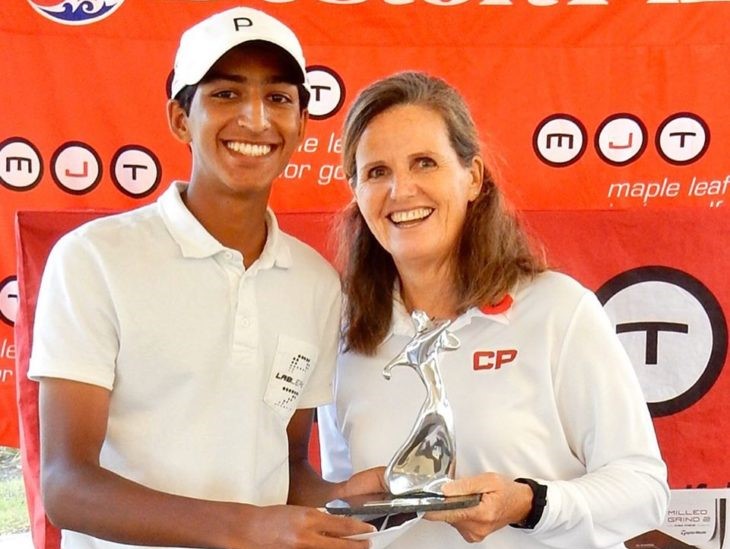